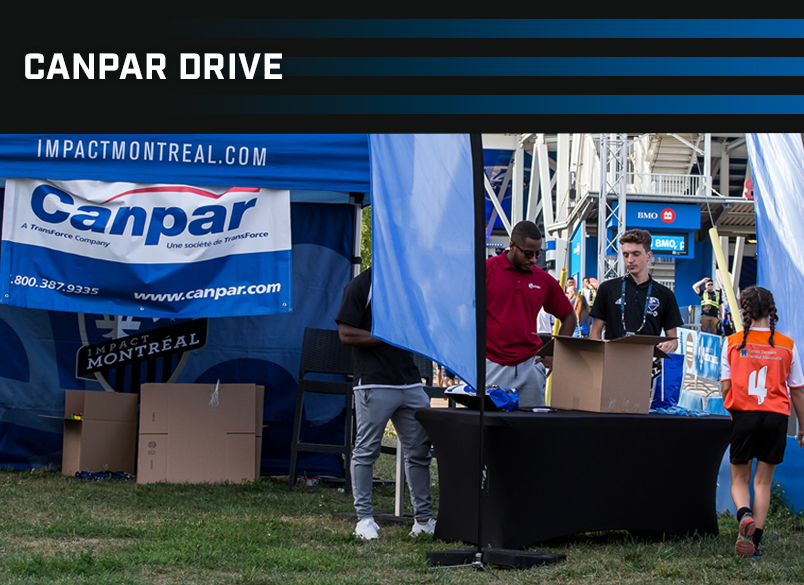 During the games on September 1 against the New York Red Bulls and on September 22 against New York City FC, Canpar and the Impact united to collect used soccer equipment from supporters.

Our fans were invited to donate clothes, shin-pads, shoes, balls, and other used equipment, in order for them to find a new home with those who need it most. All the equipment was given to the Centre lasallien Saint-Michel and to the Centre des loisirs René-Goupil. Our generous donors stood the chance of winning a pair of shoes worn and autographed by Samuel Piette.

The Centre lasallien Saint-Michel is a non-profit community organization, dedicated to the education and development of children and adults. Its main concern is offering a stimulating and welcoming space to the borough’s (Saint-Michel, Villeray and Parc-Extension) citizens on a daily basis, helping the most vulnerable first.

The Centre de loisirs René-Goupil has a mission of offering residents a program of various activities tailored to its entire clientele. Located in a central part of the neighbourhood, other organizations are also well established here.