With a pristine, natural grass field, a prime location in Olympic Park and easy access by subway or car, Stade Saputo has become a privileged site for soccer in Montreal, Quebec and Canada.

On March 9, 2011, in preparation for its entry in Major League Soccer, Club de Foot Montréal unveiled the detailed plans for the expansion of Stade Saputo, with stadium seating increasing from 13,034 to 20,801 seats. The Quebec government provided an additional $23 million for stadium expansion. Developed by the architects at Provencher, Roy and Associates, as well as the engineers from Cima +, the expansion project was constructed by Broccolini.

To remain seamlessly integrated within the Olympic Park, the view between the Olympic Village and Olympic Stadium was maintained, thus respecting an urban planning regulation established for the Montreal Olympic Games in 1976.

After starting its inaugural season in Major League Soccer at Olympic Stadium, Club de Foot Montréal made its debut at its “new” home on June 16, 2012, giving its supporters a historic 4-1 win against the Seattle Sounders FC.

Club de Foot Montréal inaugurated its new synthetic field on October 1, 2013. Sitting right next to the main entrance of the stadium, the field is available for use by the club, most notably by the Academy and the soccer schools, but also by the community.

Designed by FieldTurf, the field is the first of its kind in Quebec to use the Revolution technology, which offers a more durable fibre. The field has also been given a FIFA 2 Star designation, the highest available for artificial fields.

The expansion project at Stade Saputo included the construction of a field to respond to increasing needs for quality infrastructure among the youth of Mercier-Hochelaga-Maisonneuve.

A deal has also been signed with the UQAM Citadins, who will use the field for their soccer home matches.

The surface measures 68 metres by 110 metres. 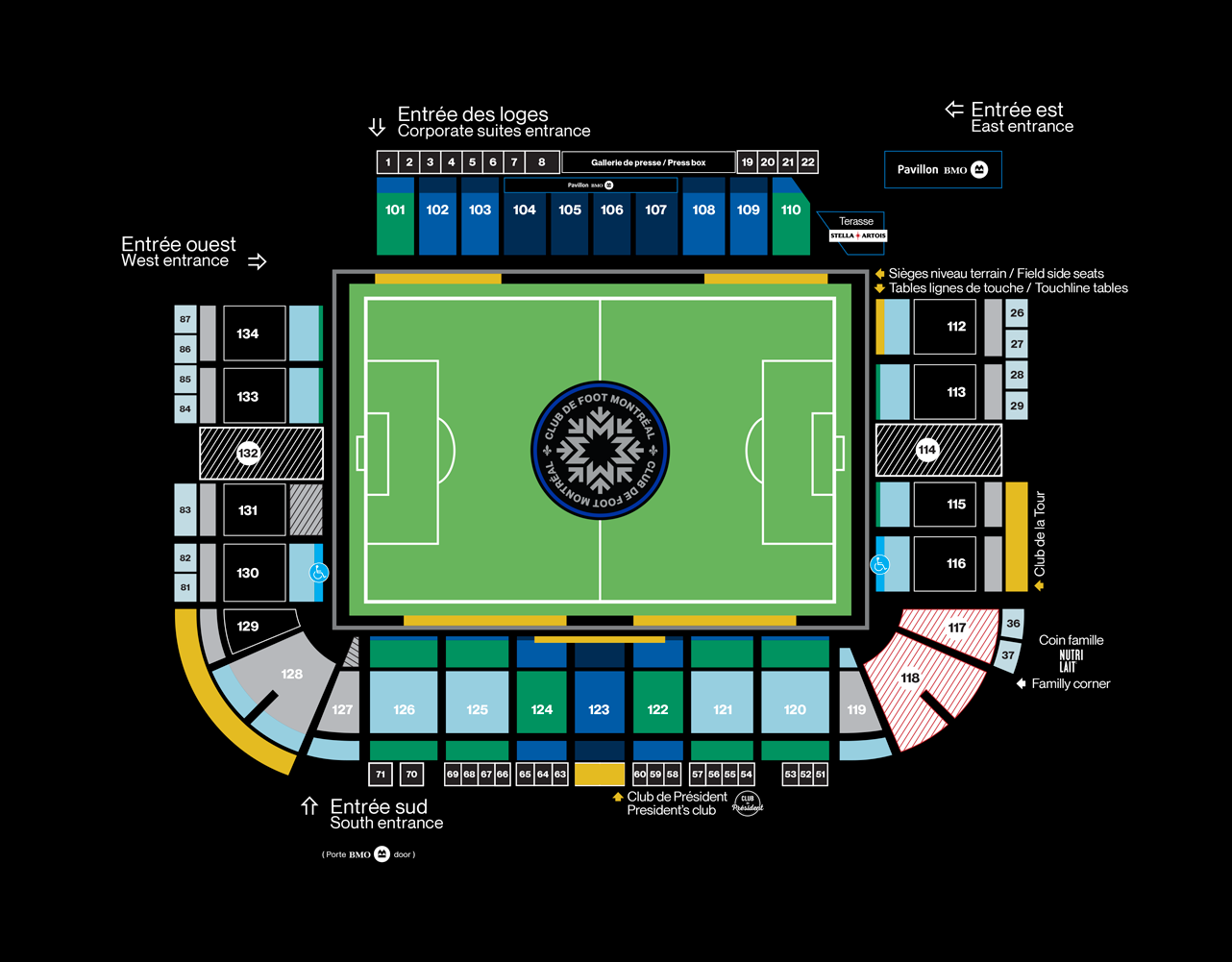